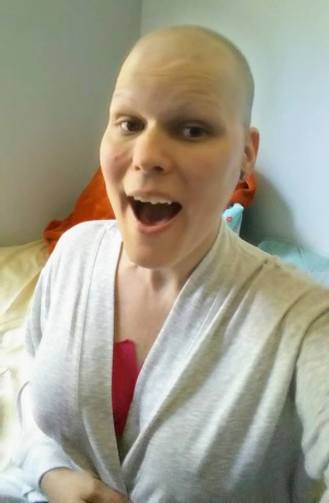 A few months ago I began this blog dedicated to the warrior woman God has called each of us to be. This necessity to write about this topic came after my daughter, Elisabeth was diagnosed with two forms of breast cancer, stage 1.  Within each of us is a fighter, some more pronounced than others.  So I am not speaking of a roughneck girl looking for a fight.  (Though I believe either one of my daughters, daughters-in-law and their mothers could hold their own if confronted in a physical battle.)  With this blog I am speaking about the spiritual, physical, mental, and emotional fight we as woman encounter on a daily basis.  And for some that fight is minute by minute of every day.  My Elisabeth had such the fight the past 5 months.  She told her story on her social media page, not whining and complaining, but injecting faith and the power God gives to fight against fear and the Enemy.  The Enemy, cancer lost!  After 5 months of chemotherapy and a bi-lateral mastectomy Elisabeth received the pathology report announcing “CANCER-FREE!” The victory is hers!

In my eyes, and many others’ eyes, Elisabeth is Wonder Woman.  She endured chemo treatments every 3 weeks, the nausea and zapped energy level that followed for days.  Hair and breasts loss.  The mind and emotions battled the lies of the Enemy, refused defeat every step of the way.  It takes a village to raise a child.  And my daughter had a village praying for her, literally hundreds of family, friends, and church groups surrounded her with love and support, and beseeched Our God.  And the countless miracles that followed … her husband’s unwavering support … God’s grace extended from her employer, to work when able… strained relationships focused on one thing, Elisabeth’s healing rather than their differences … a clinic of dedicated medical staff … most expenses covered through the healthcare reform mandate … non-insurance covered special bandages left in the mail box during recovery … gift baskets delivered … and most of all the village’s thousands of prayers said on her behalf.

How thankful I am that my Elisabeth has been healed, and continues in the grace of God!  From the bottom of my heart, THANK YOU for loving my girl!  To God be the glory!

A blog dedicated to the warrior in every woman.  March onward to God’s purposes …